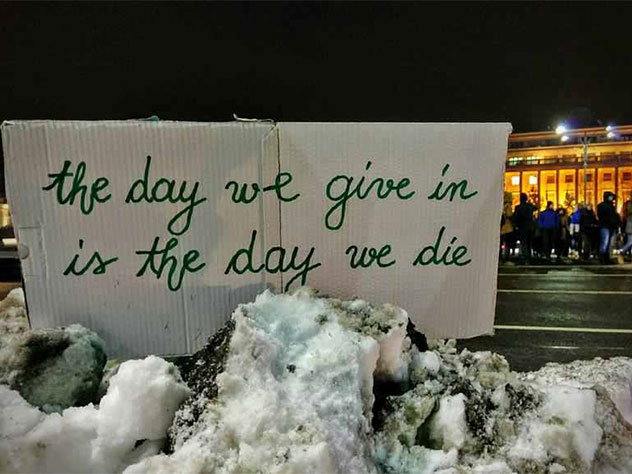 It is very difficult for me to write this. We, Oana and Alin, are Romanian citizens living in the UK and cannot take part at the street demonstrations going on right now in our home country. We divided the last week between reading articles about the muslim ban and watching what is happening in Romania.

The last few weeks, the newly appointed Government has tried, and partially succeeded, to pass urgent measures to pardon or diminish the punishment for acts of corruption and abuse of office. The beneficiaries of these new laws are highly positioned political figures who are known for having tampered with justice. From a mile away, these laws seem to be dedicated to them.

The story starts on the December, 11th, 2016, when Romania was supposed to elect the members of the Parliament. Approximately 7 mil people put a stamp that day. The numbers are small, if you take into account Romanian population of about 20 mil worldwide.

The numbers are small given the fact that Romania is been fighting for over 27 years for democracy.

Every time political figures rose, promising things. Every time the exhausted frustrated people fell for those promises and voted for them. However, the time for big promises has started to fade away and people stopped believing. And voting. That is why numbers are small. Words like “Why should I vote? Nobody represents me. They are all the same!” are not uncommon among people in their 20s, 30s and 40s. Few are the ones who believe something can change.

In all this political uncertainty and confusion, there is one party that has always been consistent in promoting filth. Social Democratic Party (PSD). Built on communist remnants, fathered by the former three times-president Ion Iliescu, the one who is currently charged with crimes against humanity for calling the miners in Bucharest in 1990, modelled by former prime minister Adrian Nastase, who is currently incarcerated for blackmail and bribery, resuscitated by former prime minister Victor Ponta who, among others, is a proven plagiator, had to resign because of the Colectiv fire and the list can go on, the PSD has lost any credibility and it has become synonym with theft, deceit, treason.

Unfortunately, the evil has many faces. This party works incessantly through media (Romania TV, Antena 3, Antena 1 and other TV stations) and other ways, to convince or bribe the uninformed, the poor, the easily manipulable, the majority of Romanians who are too busy to worry for every day bread than about politics.

So it is no wonder that on December, 11th, the PSD won the parliamentary elections with an overwhelming majority. Almost 40%. Followed by the Liberal Party (PNL), 25%, Save Romania Union (USR), 9%, Democratic-Liberal Alliance (ALDE), 6%. Following the elections, PSD and ALDE joined forces for a majority in Parliament. They chose their prime-minister, Sevil Shheideh, some woman I had never heard of before and for good reason. She was the puppet of Liviu Dragnea, the corrupted mogul and the head of PSD. She was not accepted by the president, given some shady background, among which I recall connections with ISIS of her brother in law. Feminists can rest assured, this and similar reasons were the fundament of her rejection. Besides, the woman was never heard of until Dragnea decided to push her forward.

The second proposition for prime minister came: Sorin Grindeanu. Also Dragneas puppet. At this point the president, Klaus Iohannis, didn’t have much choice. Had he not invested Grindeanu, he would have risked suspension, a practice that PSD is well vexed in.

A new PSD Government was formed with questionable figures for ministers. Then hell broke loose. First, there was a try at discrediting the former technocratic government, the only government in the last 27 years who started some real reforms without any political agenda.

The Government targeted other bigger things. That is promulgating some emergency measures for changing the Penal Code in such way that would allow for pardoning and reducing sentences for abuse of office. This happened behind everyone’s back, against all warnings of non-constitutionality, on the evening of January, 31st, at 21:30. The new laws would affect the cases some important politicians already have open and would prevent other new cases to be open.

People who would benefit from these laws are, among others:

1. Liviu Dragnea, head of PSD – accused of fraud; if, out of curiosity, you want to check out the empire he has built in the poorest region of Romania, you will understand this is not nothing.

2. Ion Iliescu, former president and honorary president of PSD – accused of crimes against humanity (in 1990 he called the miners to Bucharest to stop the revolting people, who had realized that him as president doesn’t mean having gotten rid of communism in Romania).

3. Gabriel Oprea, former member of PSD, former minister of lots of things in 27 years – accused of abuse of office and manslaughter in Gigina’s case (a policeman who died in his service).

4. Cristian Popescu-Piedone, mayor of Sector 4 of Bucharest – sent to trial for abuse of office in the Colectiv case (Colectiv was a club that burned to the ground, 70 people died because the club was functioning without a proper papers).

Of course, ramifications are much bigger and they extend to others, who didn’t directly make themselves responsible for killing people, but stole. A lot. Millions. By making business with the state. Here I would like to point to Elena Udrea accused of bribery and money laundering. The list is, however, very long. These are just a few big names of the ones who will benefit from the new laws.

As you see, it is hard to write about these things objectively. In three out of five cases mentioned above people have died. Directly. Indubitably.

Romania is led by a pack of wolves who turned back the time 27 years ago. These are dark days. The only thing left for us to do is fight. In any way possible. Raise awareness. Get on the streets. Don’t give up.