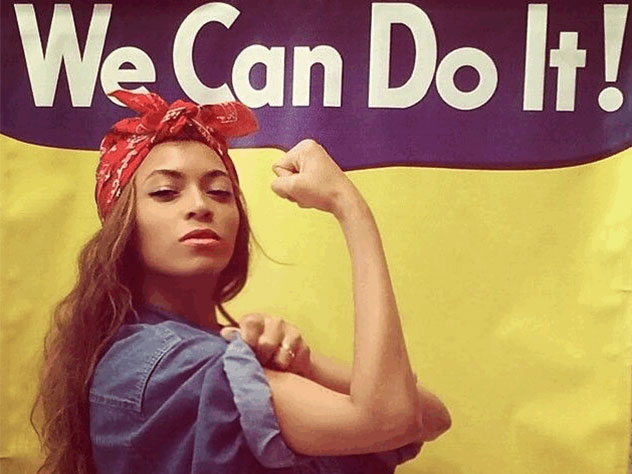 I think we, women of Europe, kind of have it all. And if we don’t, then we’d better put our butt in motion, because some things are not given. Everybody should have to fight a little to achieve something, otherwise these survival instincts that have saved our butts for thousands of years, will simply atrophy.

So yes, we have it all: access to education, to the health system, to jobs, pretty much anything we’d want. There are even women in the army these days. So feminism in Europe has done its job. Let’s leave it alone for some time and stop using it as a shield to justify all the ludicrous ideas that any frustrated woman might have. Remember those marches with topless women?

What feminism is about

I have long thought about this. Feminism – in its original sense – is needed around the globe, no doubt about it. There are still societies, where women are sold, used, abused, uneducated. With the risk of sounding insensible, I will leave those to Emma Watson and Angelina Jolie.
But for me, a woman living in western Europe, feminism is about grace. The grace of taking responsibility for who you are, giving the world the best you can and not taking anything less in return.

Do you want to show your ass and boobs to whomever wearing tight clothes – do it! Just don’t complain of being sexually objectified.

Are you a lab-rat, taking care of nothing else except for your brain, next in line for Nobel prize in Physics? Chances are humanity will be ever thankful for your work, but maybe not really for your physical appearance.

Does your boss treat you like crap, just because you wear a skirt every once in awhile? Give him hell! Wear jeans and a tshirt and show him what you are made of!

Does John interrupt you when you speak? Your mom showed you that trick where you pierce somebody with your look, hasn’t she?

You see, the thing is, whatever you do, instead of complaining and running campaigns about how miserably women are treated, just fucking fight back! No aggression, just use what your mamma gave you, whatever that is: will, ass, tits, brain, education. Anything is allowed. Except for complaining.