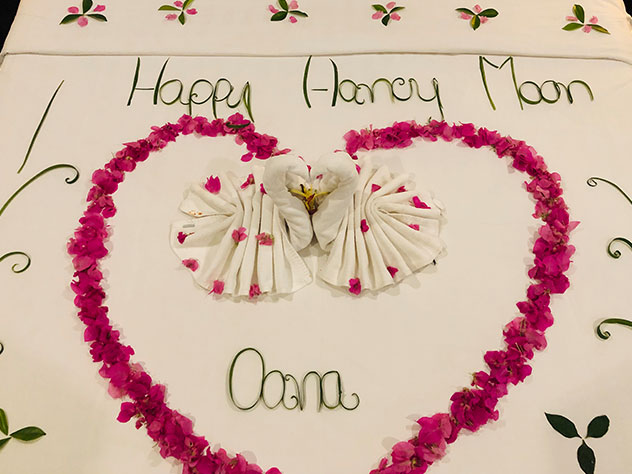 We traveled from Bangkok to Siem Reap by bus because we wanted to see the Thai and Cambodian countryside. It took us approximately nine hours including one break and the customs. I’d say we were lucky because I heard stories were people stayed for hours at the customs and, given the almost 40 degrees outside, I have to tell you, it wouldn’t have been nice.

Well, how many things can you say about a bus ride, you might ask yourself. And you’d be totally right. Except there are a few.

The bus was clean clean clean. Drivers were thoughtful and they even rapped a little when telling us what we should do at the next stop. We booked our tickets from www.bookaway.com, in case you want to know.

We have already concluded that people here are very considerate and gentile. Not the same can be said about all tourists. Our fellow travelers were only Caucasians, some Americans, some British, and, my absolute favorite, a couple of what Alin says were Swedish. Everybody behaved except for these guys. The worst type of white trash I have ever met. I am sorry, I hate to be so blunt, but these guys were absolutely horrible.

For starters, they were high as a kite, slurred words. Then, as the bus left, they started playing music quite loudly on some speaker they had with them, making it impossible for the others to rest. On a nine-hour trip, it’s pretty annoying. People were obviously bothered and made this clear to them. When they eventually stopped, they started to speak very loudly.

This, combined with heat, a headache and lack of proper food, made the trip to Siem Reap a little harder to bear than I would have wanted. But …

All in all, taking the bus instead of a plane was a good choice. Countryside Cambodia is beautiful, although a bit dirtier than what I would have expected. It’s the same story as in Bangkok. Plastic. Plastic. Plastic. People here use tones of it. For any-bloody-thing. And it’s the worst kind of plastic, too. The very thin, completely unrecyclable one. But there is a sense of serenity emanating from the landscape.

Remember how we said we are doing the tourist thing wrong in Bangkok? Well, we are doing it right here. It’s only tourists all around us. Had it not been a long life dream to see the Angkor Wat, I would have stayed away from this place.

On the upside though, our host is incredibly nice, the room also, and the food … oh my god! I love love love it. A little spicy and so many flavors. Alin says he’s been eating “tasty lava” — he doesn’t like spicy, mind you, but basically inhaled everything he was served.

Also, I can’t remember when, but I must have told the people here we are on some sort of a honeymoon (can’t remember though), and they did that thing in the picture on our bed. I wouldn’t have considered it extraordinary and worth putting there but I think it’s funny how they didn’t put Alin’s name in there (I must have not told them).

Tomorrow will be a lazy day by the pool.