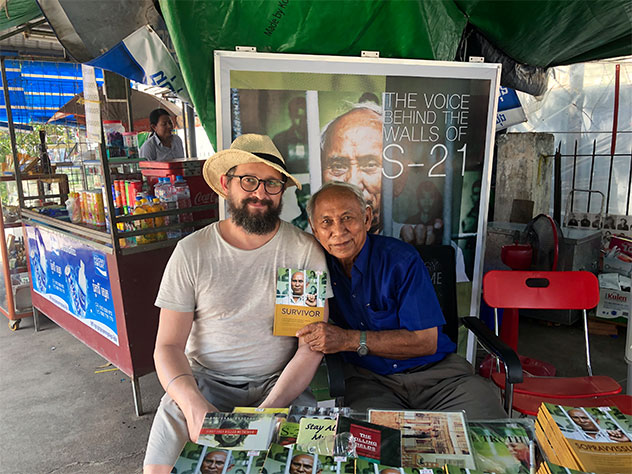 As I said on Instagram, Phnom Penh is not for the faint-hearted. I know I’ve said this before, about Marrakech, but back then I hadn’t seen Phnom Penh. What I really want to talk about in this post is the Genocide Museum, but I need to ease myself in that first. So I will say something about the city in the beginning. You will understand later why this is needed.

After arriving in the city, we walked a bit around our hotel. It was the same chaos we had come to know in Bangkok, maybe slightly bigger. Rules of circulation do not apply, yet, magically, everybody fits, nobody honks, people seem rather relaxed in traffic.

It is impossible to walk on the sidewalk because they are all conquered by mopeds or cars. That makes walking a bit stressful.

And to add to that, you have to really watch your step, because there is garbage or small puddles of god-knows-what everywhere. As expected, plastic rules most of the garbage.

To be honest, if in Bangkok I had no problem trying street food, I kept away from it here. Maybe I had no reason to, but I preferred to be safe than sorry, there is still much to go on our journey. Ah, and while I am here, I should mention my strong belief in having a coke every now and again. It washes away everything. So, even if I eat something weird, drink a coke and it will probably kill all bad bacteria. Maybe it’s a placebo. Shh, just let me have this one!

There are no words.

I cried. I cried a lot. Even now, while writing this, after more than six hours of seeing it, I am still shedding tears. That place shook us both to the core.

S-21 or Tuol Sleng was a high school. When Khmer Rouge took over Phnom Penh in 1975, they chased people away from the capital to the rural areas to reform them. Pretty much what Mao did in China, Pol Pot did here. Only worse. Mao has some sort of a vision, this guy was dumb as f*ck. On various made-up accusations, under his rule, a quarter of the Cambodian population was killed, almost 1.7 million people.

But going back to S-21: Khmer Rouge used the high school grounds to make a prison where over 12.000 were tortured and killed. These guys were mostly intellectuals, minorities, foreigners and whoever struck the party leaders as “enemies of the revolution”. Sometimes even former party members became prisoners themselves. Paranoia is known to strike eventually among fascists after a while.

The high school/prison grounds are more or less intact. Cambodians know how to honor their past. When Vietnamese troops liberated Phnom Penh in 1979, they discovered the last remaining prisoners killed in their chambers, still tied to their beds, around 14 people, I think. The museum still keeps the beds exactly in the same positions as they were found 40 years back.

I thought to myself “Alright, well I have seen these kinds of things before, I can take it.”

But this was only the beginning. The next building had rooms whose walls were wallpapered with pictures of the inmates. Apparently, there is something weird about fascist regimes, the guide said. They like to thoroughly document their purge.

I stared at the first panel of victims. Still ok. Second panel. Okish. But after the third, I started to shake. I met Alin in the next room. He looked incredibly tired. So it wasn’t just me. When faced with the eyes of the victims, you start to crumble.

The weight of not being able to understand how people can do this to their own kind is too much.

The next building took us through tiny cells. Inmates were brought here before being killed. These places were so puny that two people couldn’t have laid side by side and fit in. A little larger than coffins, I thought.

The guide told us that the killing was also some form of a ritual and, if not fulfilled according to the plan, guards risked imprisonment too. I will not get into more details than this.

The last building faced us with torturing devices or images of people being tortured drawn by an artist. Wait, I know how this sounds, but it is important.

There are seven adult survivors of this hell. One was an artist, another was a mechanic and a few other people of different skills.

I had gone through the museum in one piece because I had decided not to dwell on it. I can quickly spiral down. Alin was a bit more pensive. We were on our way to get out when we passed through some sort of a gift-shop area. Books and postcards and stuff. I thought “Meh, I don’t want a reminder of hell on earth. Let’s move along.”

But then I saw them. There they were. Living and breathing, two out of seven survivors of this horrible place had come back to it.

Chum Mey (in the picture) and Bou Meng were selling books with their life stories. I couldn’t even look at them. I was choked by tears. It was already impressive they had survived, they were only lucky to have skills that were needed on site, but to sell books? And in the place where they were tortured? Where their families had died?

I studied them a little. They seemed very serene. I don’t believe this was just the effect of us buying their books. Where did this supreme strength come from? I am sorry, I am just stuck with this question.

How is this possible?

Are they so poor, they need to do this? I don’t think that’s it since they looked pretty well taken care of. In his book, Bou Meng says he has moved over the need for personal revenge since he understands that genocide is merely political. Chum Mey says he understands his torturers because they were victims just like him, who were simply following orders.

Forgiving seems to be something they both know how to do very well. How about forgetting? Why don’t they want to forget? Why do they come back there, every day?

I can only speculate it is out of a sense of duty. Bou Meng has emerged in the 90s when several newspapers reported him dead or disappeared. He has reclaimed his identity because he said the memory of those dark times should be kept alive as part of a healing process of the Cambodian nation.

It All Comes Down To Energy 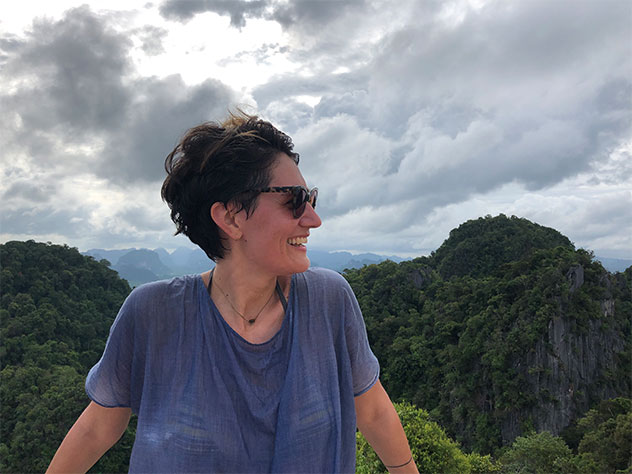 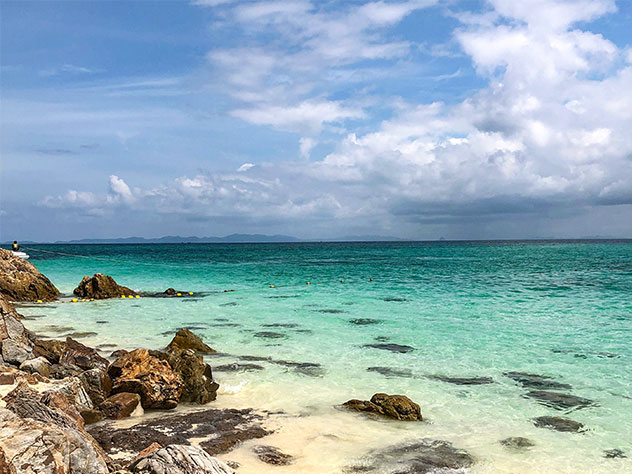