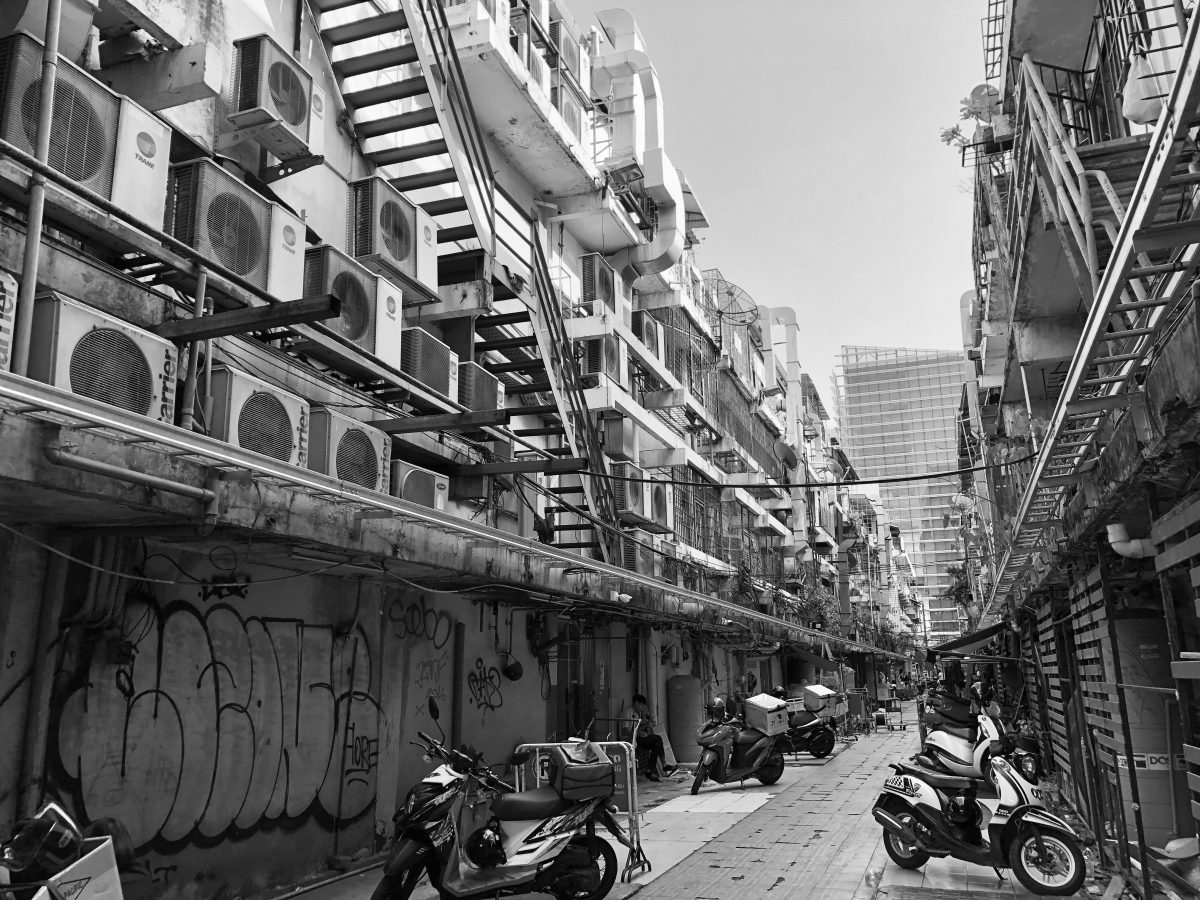 The first whole day in Bangkok was hot hot hot. It took a while until we motivated ourselves to leave our ACed apartment. We decided to go to try and find some linen clothing, but our quest slowly changed into a gourmet trip.

I should mention here the specific Thai dessert I had

A combination of cake with coconut sorbet. The cake was thick and sticky and was topped with onion drizzle. Yes, you got it right. It all tasted like childhood for some reason. Not that my mum made caked she topped with the remains of the soup, but because of the smoothness and richness of flavor and texture. I think it was an unexpected combination of things. As a child, I also didn’t know what to expect from a day. I would start the day by being bored and by the evening I would have had a water fight with our next door neighbor’s kids.
Alin didn’t like the “childhood dessert” one bit but I couldn’t stop eating it. It’s so strange!

The evening brought us a long walk to what was supposed to be a night market. Was supposed to be. We got there and it was closed and smelly. But you know how they say, it’s not about the destination, it’s about the trip. And so it was. We walked the streets of Bangkok not meeting any tourist. On that note, I should say, quoting Alin, either we are in the wrong places or Bangkok is not as visited by tourists and one would think. And by tourists I mean Caucasian looking.

It’s truly beautiful to see people in their own environment. So refreshing. Even at 32 degrees. 🙂 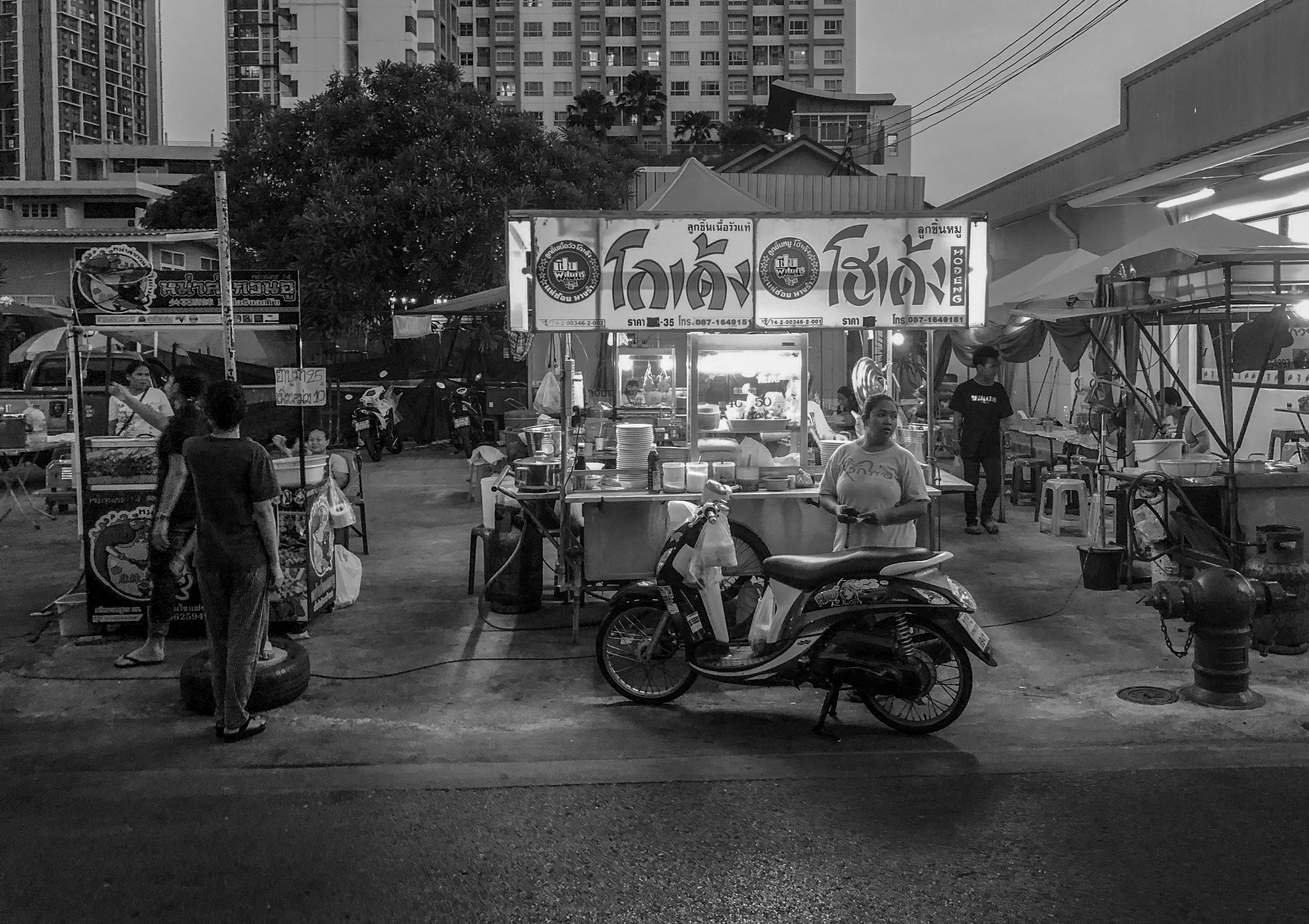 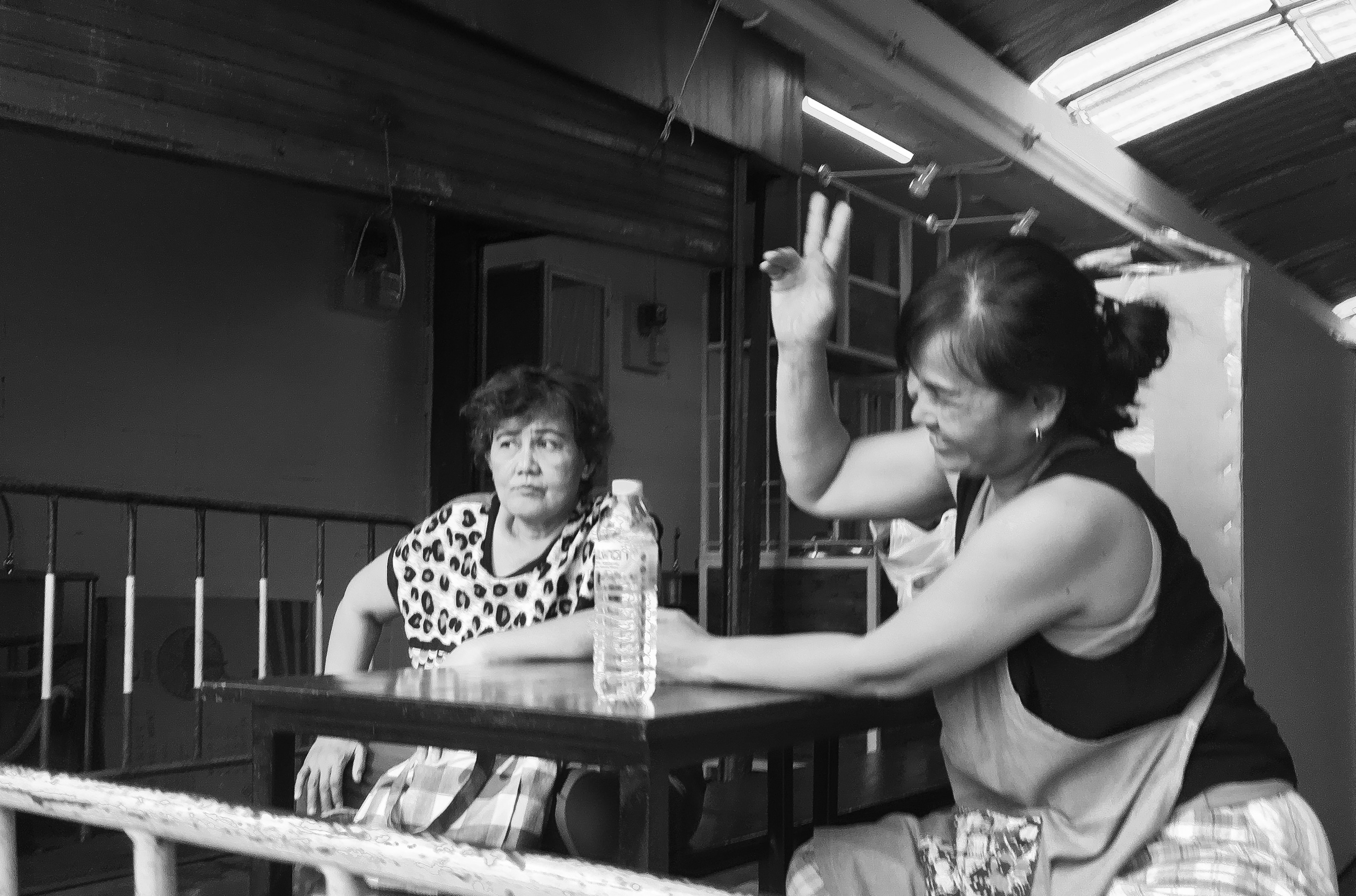 Took some nice pictures and came up with two theories.

When it comes to Bangkok (maybe Thailand), the stranger the slogan the cooler the brand (or something of a sort)? We will make an album and find a way to publish it somewhere, maybe here. You can be the judge of whether they are good or bad. I would just say weird. Let me just give you an insight so you know what to expect. “Gift Beautifully”, “Touch the Feeling”, “Stop the Past, Start the New”. See what I mean?

Safety is for the weak. We knew this from Marrakech, but it’s valid here as well. In Marrakech, we saw a lady riding in the back of a moped holding a baby with just one arm. Here we saw a family of four on the same moped. Father driving, mother at the rear, in the middle were two kids, the youngest of approximately four years old.

We made it home where we had dinner at a street food shack for no more than 40 BHT (a little more than £1). Delicious. Time to rest.

Life Of Two In Asia. Day 0. Arrival In Bangkok.