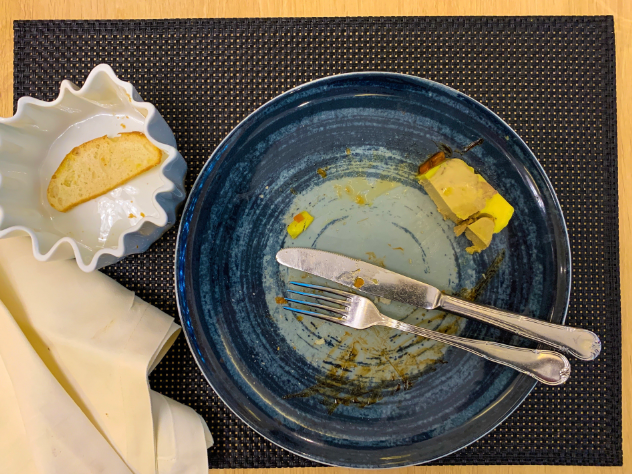 Right. So all the jolly went away. You do remember me jumping up and down the days before. Well, it turns out payback is a bitch. My body decided it’s time to remind me I am old. I had left home with some backache but it became a whole lot more serious after yesterday’s hike.

Today we walked a bit around Granada, purposelessly, hoping to discover something.

And discover we did. I will leave the best for last, which is actually yesterday’s discovery.

I don’t know exactly what because I got hypnotized by the jewelry but there were lots of things, including furniture which, again, I can’t say what kind because … rings and bracelets and stuff.
Of course, I went home with some of it. Suddenly, for like five minutes, my back was fine and all was good in the world.

The second discovery has something to do with food.

There are quite a few Moroccan places around Granada. We both love Morocco and are planning to go back. Till then, however, we ate hummus and falafel. They were both out of this world. All was topped off with Moroccan tea which instantly took us to Mohammed’s tiny eatery in Marrakech. We told you his story earlier this year.

And the best (re)discovery of today was the pâté-thing.

Yesterday evening, after I wrote the post, we went down to the restaurant to get something small to eat. We shared this pork-pâté thing that was amazing. It was the stuff of great love stories. Or so I thought.

Today, being hungry and feeling like I need to pamper myself because you know, backache and all, we went down to the restaurant again. The same pork-pâté thing on my order. But … I don’t know how to say it: the wine was not as good and the pâté felt a bit … less charming, less like I wanted to marry it and have thousands of his babies. Please observe the remains of it in the picture above.

Alin’s conclusion for these two days of pâté experience was that I had a pâté fling.

You know, like those summer flings when everything seems so cool and awesome and then … one day … it’s just gone, leaving some nice memories behind and a good taste in the mouth. Yep, I said it.
That was all for today. Adios, amigos!

Ah, don’t forget to check out our Instagram. I put a picture of myself there today.

Life Of Two In Spain. Day 5. Granada. About Food.