Some time ago, while commuting between Munich and Donauwoerth for my job, I used to closely study people’s faces, sometimes really obsess over them. That is how I realized that some of us carry our story deeply engraved in micro-gestures and finest wrinkles. And let’s not forget about the eyes, chico, they never lie. True story.

Picking up commuting again, I find myself in contact with zillions of souls like me, traveling to London every day to make a living.

Most of them are stuck on their phones with a fixed gaze of a pooing cat, but sometimes I am lucky. They look up or they daydream or they snooze between two stations. Those are the moments when I can get lost in their small universe. What do I see?

I see a wonderfully smooth black woman, maybe around my age, who looks so serene as if she had just discovered the answer to life itself.

I see a tired old guitarist of color, taking up two seats on a full train: one for him, one for his guitar. He resembles a quiet summer night — dark, but promising.

I look at him, judging, wondering what is behind those closed eyelids. He doesn’t move for a few stations, I get comfortable observing, staring, really. Suddenly he opens his eyes. I get caught in the act, try to hide my insolent gaze. Unsuccessfully. He stops me with the warmest of smiles that reveals all his teeth. He makes a sign that he likes my pants, I nod. Then closes his eyes again.

I see a man in his 60s, with a mousy look, short grey hair, ears quite apart from his skull, with thin features, round glasses with metal frames, dressed as if he stepped out of the ‘50s.

He seems like Indiana Jones’ nerdy friend. His look is lost, but he moves pretty secure of himself. At the first station, he hesitates to get off, so I have to ask him to make way. As if pulled out of a dream, he steps outside of the train, onto the platform, into the crowd. He walks slowly, almost like waltzing.

Do I love people?

No. I love faces. They are like paintings. Their true story is not really known, but one can endlessly speculate about it.

His Name Was Dia. He Was A Gentlecat. 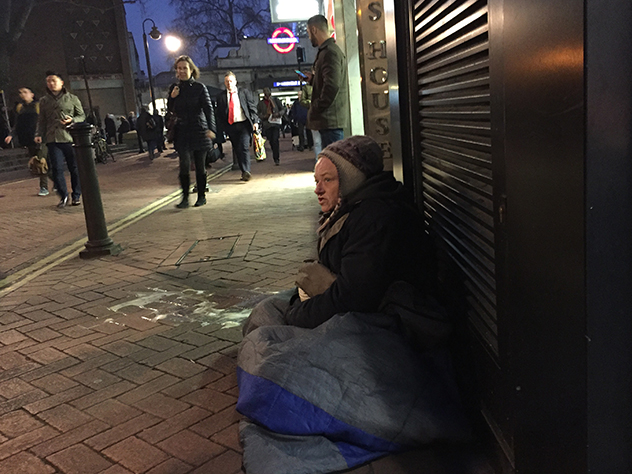 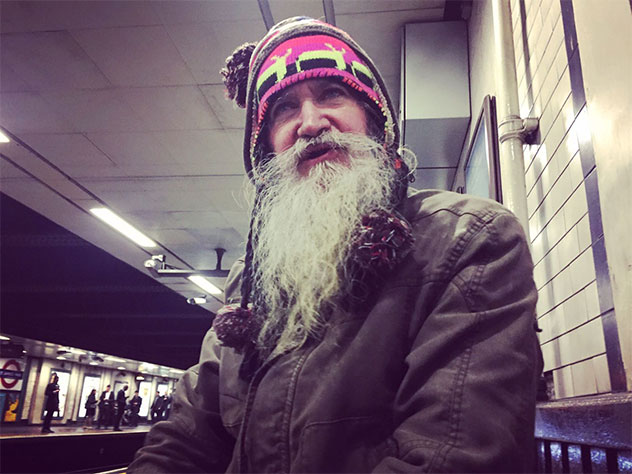