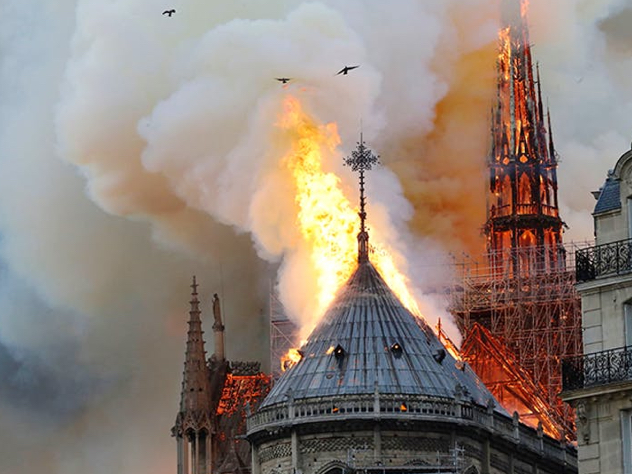 On Monday 15 of April 2019, Notre Dame was in flames. The fire swallowed the roof of the cathedral and, for a while, everyone was just a sad spectator.
It is hard not to react to such an event. But what’s even harder, is to step back and try to understand what actually happens in the aftermath of the event. It is difficult to dissociate emotions from a rational response in such cases. Events like these have occurred during our history and will occur again over and over. We won’t be able to prevent them all. What I think is important is how we react to such events. What do we learn and how do we act.

It doesn’t matter if you’re religious or not, the partial destruction of this monument is kind of important.
I did visit the cathedral twice before the fire and I found the place overwhelming. The architecture, the atmosphere, and the feeling that stuck with me after. Probably few are left unimpressed by the intricate decoration from inside and outside of this masterpiece. I rarely could focus on the fact that the construction is a church. I always admired the work. Most of the time after a visit I was left with mixed fillings about the place.

Let’s cut to the chase.

Everyone with access to the Internet was informed about this unexpected event. In the same time, almost everyone learned that very quick, loads of people offer to help rebuild the cathedral and most important, few important people pledged to help rebuild the monument awarding large amounts of money for this project.
This should be good news. And in some sense it is.

I was talking about reaction earlier and that’s the reason I started writing this article. It takes a certain type of context to make people behave as they did. It takes a certain type of people to react in this type of context. Billionaires and millionaires will get involved in all sorts of charitable events and try to help their fellow human beings in ways that will bring a bit of relief upon those in distress. What most of the tragedies provoked by people have in common is that some could have been prevented with less effort and money we spend to fix the damage. Only if the reaction that provoked the damaged could have been contained.

Up until now, I might seem confused, hold on tight, it gets better. I’m building my case here.

My case is not against people but against the idea of associating with tragedies on the purpose of raising personal awareness. The cathedral was still burning while millionaires around the world pledged large amounts of money to rebuild the place. When the first rich family reacted it started a chain reaction and others responded with the same attitude. As a reaction, without much of a context, this means wonderful news. When you add details around this event you can see that is not so much of an act of charity or altruism. It is a marketing move. It is about context. Those rich families have every right to do whatever they please with their money. They should be able to support the reconstruction of cathedrals without any problem. They should not, however, pretend that they did this because they’re kind and want to help and we should admire them for that. Is like when a sad case of an orphan gets in front of the camera and famous people get up on the stage and adopts this poor soul, gets him expensive clothes and education mostly for applause.

At the time when the cathedral was burning a lot more was going on in this world. A lot more that could really use interest and financial support but it will never get that support because the context would not put in the bright light those who want to help. Nothing was as dramatic as Notre Dame in flames.
At the time, in London, people would be on the streets asking the government to act and pay attention to climate change. None of the big companies or the rich people of London came down to support these actions or pledge to reduce their carbon footprint. Why? Because the hippies were not dramatic enough.

According to Wikipedia, Notre Dame was built in between 1163–1345  Guess what, it was built around the first Inquisition was first tested out on the public. Somehow this fact was forgotten time. Let’s quickly add some facts here:

The first Inquisition was temporarily established in Languedoc (south of France) in 1184. The murder of Pope Innocent’s papal legate Pierre de Castelnau in 1208 sparked the Albigensian Crusade (1209–1229). The Inquisition was permanently established in 1229, run largely by the Dominicans[18] in Rome and later at Carcassonne in Languedoc. (Wikipedia)

Today, the building is seen as an icon, a landmark, a symbol and if you ask around, almost everyone will say that is important to preserve this particular building, for as long as possible. And for what. Most of them will invoke history, heritage, culture. Some will argue it is the house of a particular god. I would say, fuck that – it was built on fear and manipulation. It was built on human suffering and the wonderful architecture is not an excuse for the paid price. 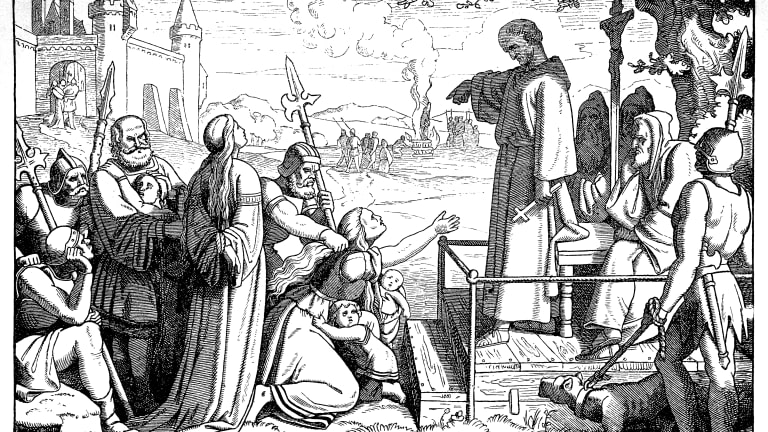 I wonder why we don’t do the same with all the ruins around the world. There are thousands of old sacred places. Most of them part of religions that do not exist anymore. Forgotten temples of forgotten gods, ruins claimed back by nature, covered in dust and rust, swallowed by the forest or just leftover blocks of sandstone and flint.

Some questions and a few twisted answers.

Why is not the church in charge of restoring this monument? They claimed is a sacred place and they already have the money. Did the Catholic church ever, admitted the wrongdoing? Did it ever apologize for the tormented souls? How come it is normal to jump in and contribute to rebuilding the home of those that killed in the name of a loving, cruel god? 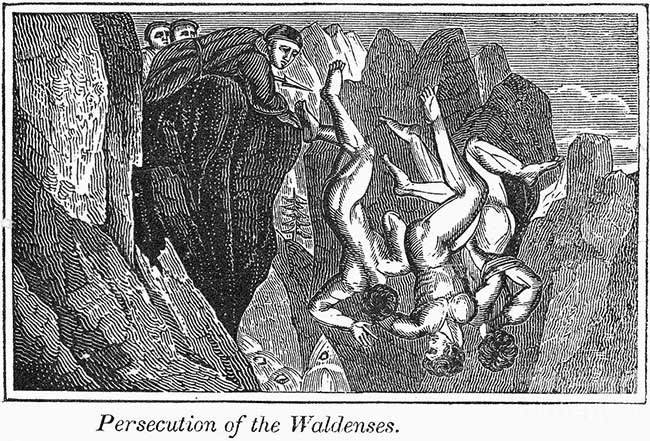 Let me tell you why. Because people do not know, some knew and forgot, and some will know and cherry pick. Today, the gesture can be made to appear voluntarily. Reacting like this was normalized. Because it is hip to contribute to the repair of such a marvelous jewel of architecture leaving aside the purpose of the building: to dominate, intimidate and defend a group of wicked people.

It is not fashionable to remember important details. To remember that at the time the cathedral was built, the members of the Catholic church have been engaged in killing their fellow human beings just because they did not wear the same hats. The heads of this particular church have been condemning epileptic and schizophrenic for being witches, had their tongues pulled out and burned in the square. For being unholy. At the same time would force everyone to pay for an amazing building that had nothing sacred in it apart from love for power.

What can we do?

Nothing, really. There is nothing we can do about it, it is in human nature to gather in small groups to survive. When the group is formed, those who are eager to be seen as special will rise. They will rise and look for the opportunity to step up to be the center of attention. They will drink your attention and ask for more. This type of behavior is well spread now.
There is a high chance this will happen more often in the future, social media has been creating the framework for those people to rise and shine. The pattern is simple. Create an account, make some noise, and buildup on that. This recipe is not complete. It requires a very important ingredient — time. Yours. With the right attitude and a little money, you can buy time, you can buy attention. With enough attention, you can make money. With money, you can support your habit.

What happened after the fire in Paris with almost one billion euros pledged in support in less than 48 hours, it is proof that it is all a matter of those three above.

We might agree that you can find a better use for one billion euros. We all know that the cathedral is not really necessary for us to be able to move on. We all know that. There is cancer to fight and draught and famine.

But we are scared to stand up against a costly reconstruction because you will be seen as someone who does not appreciate art, doesn’t have a soul, someone uneducated, or dumb and you don’t want that. You’ve read some stuff on the internet, maybe you’ve seen the place once, but did not open a history book or an article that gives you details about how those big churches have been built. At what cost. For what purpose.

It feels like we want to erase some parts of history. Just not to face the mistakes our ancestors did in the past. And by avoiding confrontation I believe there is a huge chance we will repeat those mistakes. We will lie to the next generation saying is ok to spend our limited resources on resurrecting dinosaurs — just to find ourselves soon consumed by those monsters. 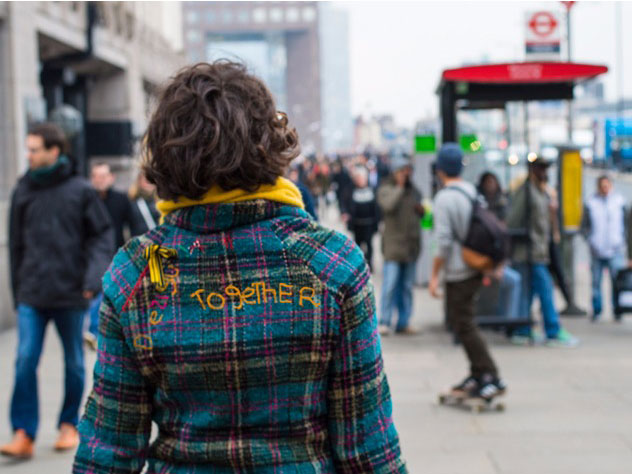 The Most Dire Desire 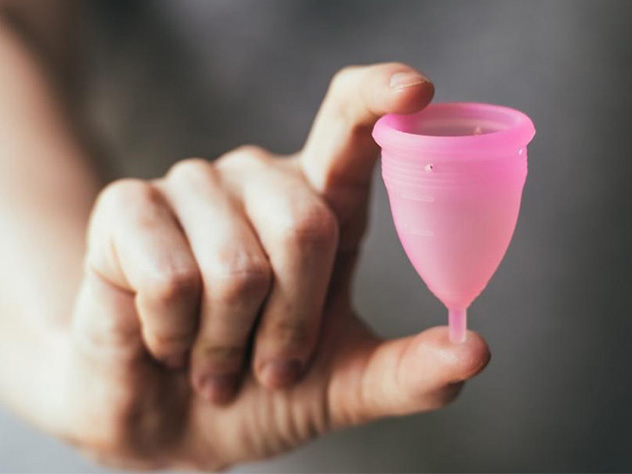