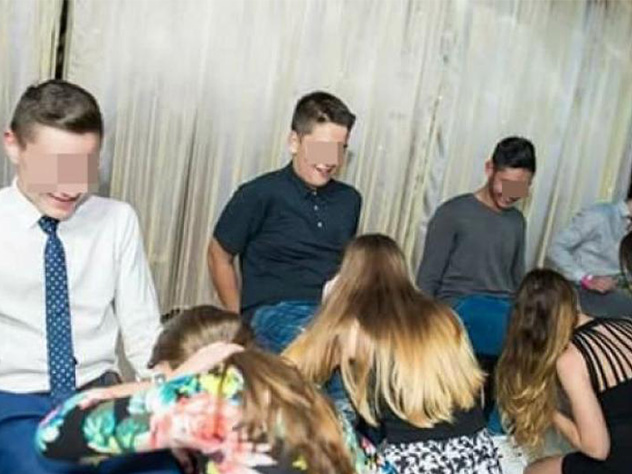 A few days back I wrote this about the recent sexual abuse scandal at Hollywood involving Harvey Weinstein and the traction the hashtag #metoo has received in the aftermath.

In a nutshell, my opinion is that abuse happens at all levels and under different forms. It can range from lighter forms, rather verbal or psychological, to rape or similar forms of physical action. I will not get into detail here.

The bottom line is that lots of women worldwide have identified with #metoo, simply because the notion of abuse is so broad. In my article I argued that a lot of these stances of abuse could be avoided — and here I merely spoke from my own experience — when and if young girls and boys would have been properly educated. By education I refer to both role models at home or in private life, as well as school.

In a discussion following the post, I was astonished to find out that I hadn’t been correctly understood. I did not mean to blame victims of abuse for lack of education or to justify, under any circumstance, the abusive behavior; nor did I mean to extrapolate my experience to all women everywhere. I only said that education does play an important role in empowering young women and help them avoid abuse or inform them how to recognise it and call it out.

Yesterday, a regular day on the internet. Until I come across the picture you see in the beginning of this article. What do you think that is? In Cluj, the second most important city in Romania (some might argue), at the Miss competition of a high school prom, 15 year old girls were asked to simulate oral sex on a banana as part of the contest. To make situation more embarrassing, their partners sat on chair and hold the bananas between their legs.

According to this article the school officials deny any connection to the dance, saying it’s something that students and parents organise. And … what happens in private time on private grounds is not anybody’s business.

Going back to my student times, I don’t recall any of the professors to have been at our dances, maybe only the cool ones. Even so, the event was organised by the school. I speculate it’s the same thing in this case as well, despite all denial.

The trouble with this

I am far from being a pudibond, but I do believe this is a shameful situation. Why?

First of all because this event takes place in a society where people still think it’s stupid to introduce sexual education in schools. I won’t mention pro-life movements here, even though the involvement of the orthodox church in education, though not visible, majorly influences the way people think, especially about sex. How hypocritical is this?

Second of all: it’s humiliating. “Getting on your knees” is still considered demeaning and it is used in such verbal constructions throughout the media. Think of all R&B or rap songs. Yes, we do eventually reach sexual maturity when giving or receiving head will be synonym with pleasure, with normality maybe, but as a 30 something year old person I can say that time is not when you are a 15.

Would I still think it’s wrong if the boys would do the same thing in that contest? Simulate oral sex by licking an orange, for example.
Yes, I would still think it’s wrong, but at least we would have a sense of the ridiculous. Can you imagine 15 year old boys licking and sucking and tongue twisting an orange? 🙂 Me neither. Maybe that’s the problem!

I know it sounds smug, but education does play an important role in future sexual behavior of individuals. More than that, it teaches individuals the distinction between sexual advances, coercion and rape; and sets the grounds for understanding and reacting appropriately.

The Stuff That You Love