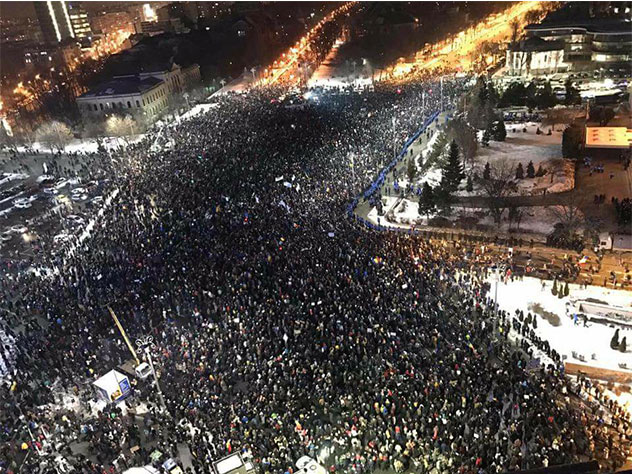 For those who are not aware of what is going on in Romania these days, I wrote a post yesterday  that recapped the events leading to the major uprising that happened last night, February, 1st, 2017.

Shortly put, on the evening of 31st of January 2017, at 21:30, against all advice and international suggestions, the Government passed two emergency motions that pardoned or diminished the punishment for people guilty of abuse of office. These new laws seem to be dedicated to high politicians, who already have open cases or are on the list to be prosecuted. Big names like Dragnea, Iliescu, Udrea, Mazăre, Șova, Piedone are to benefit from the dirty laws.

Following the hastily passing of the motions, people started protesting in front of the Government in Bucharest already in the night between 31st of January – 1st of February. Last night, on the 1st of February, the crowd reached 150.000 in Bucharest alone. Another 100.000 people gathered in all big and medium-sized cities of Romania. Timișoara alone saw 30.000, Cluj Napoca 25.000, Sibiu 20.000, Iasi 15.000. Contanța, Ploiești, Târgu Mureș, Baia Mare, Bistrița, Focșani, Reșița, Turnu Severin, Pitești, Turnu Măgurele are just another few cities where people shouted their indignation for the recently adopted political measures.

It is worth noting the variety of the protesters. Most of them young people, 25-35, students, some of them having brought kids to the manifestation to give them a lesson of civic duty and justice. There were, however, also older demonstrators, some of who have taken part to the ‘89 revolution and are saddened and disappointed by the futility of their protesting back in the day.

The demonstration took place all day, on the 1st of February, but gathered much more momentum around 17:00, when rivers of people started pouring to Victory Square, where the Government is located. Armed with hot drinks, placards and warm clothing, 150.000 came to express their anger for the Government’s actions. There were no violent incidents whatsoever. None. The police had made a shield along the Government’s fence, and everything seemed under control.

Until, shortly before midnight some agitators arrived and started to throw objects and petards at the police forces, forcing them to retaliate. 4 people were injured, 2 police officers and 2 civilians taken to the hospital. The injuries are not life threatening

As it turns out, the agitators were hooligans coming from a game that had taken place just a few kilometers away from Victory Square. As showed on Facebook, their actions were premeditated. According to some sources, they are the gallery of a team owned by two PSD members, so one could see the interests there. Discretise the protest with violent actions. Some sources and even the president, Klaus Iohannis, say today that their participation was allowed by the Minister for Internal Affairs.

Nothing unknown to Romanians, especially to those who took place to the events in 1990 when miners, called by former president Iliescu, came to Bucharest “to reestablish order”. The stake was high that time as well: after having had Ceaușescu tried and killed, Iliescu grabbed presidency of Romania; but he risked losing his grip on power after people realised he is just another wolf in sheep’s clothing, another Communist.

So, the practice of engaging agitators to make it all look like a violent manifestation is old and well known. It is therefore no surprise that social media started buzzing with warnings against these kind of actions. Especially because another protest is being announced today in Bucharest and, probably, in the whole country.

In the light of these events, numerous countries from EU and others send a harsh warning about Romanian Government’s actions. Things like isolation, suspending funds are harsh consequences Romania faces if the Government sticks with the laws they proposed. This doesn’t seem to be of a great concern, however, for Dragnea, who, asked by a Swiss journalist what is his plan regarding the future of the emergency measures adopted by the Government, said angrily “Ask me about the future of this country, not about this bullshit … corruption, pf!” and left the room in a hurry.

As I am writing this, I am sitting at my desk, news running on all three screens in front of me. I am running out of breath. There is no other way but resist and fight. The day we give in is the way we die. 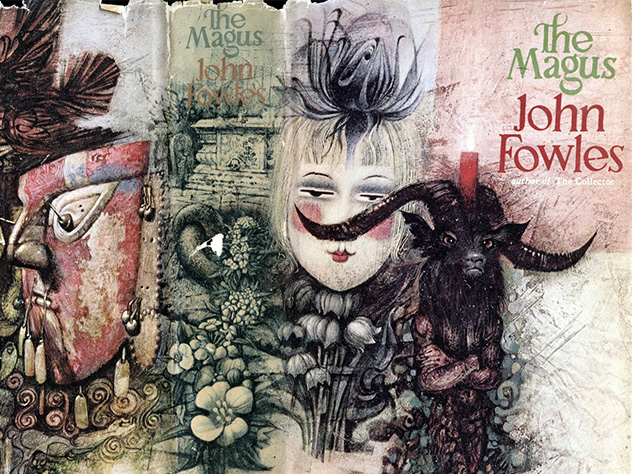 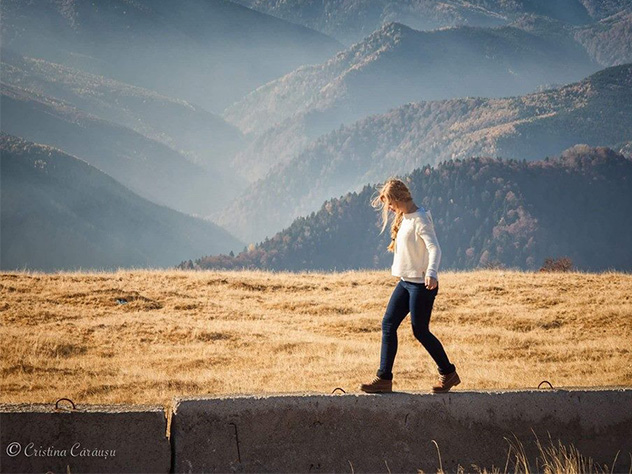 You Don’t Just Build Friendship. Sometimes You Find It.

How Dirty Do You Fight?