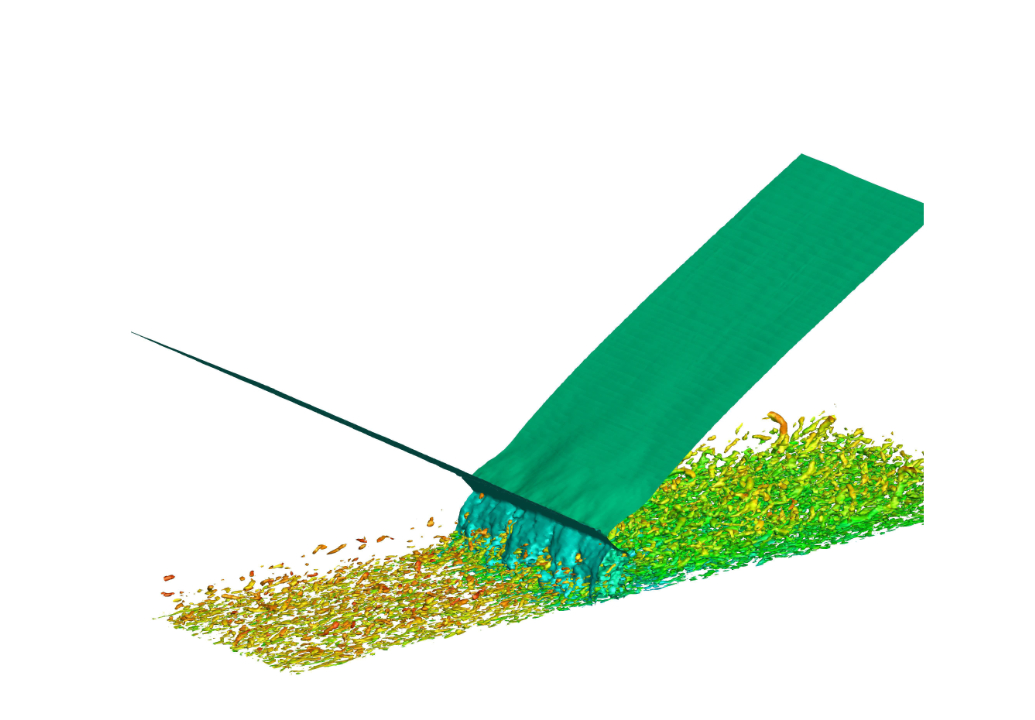 The Day I Danced

It was a hard day in hell when I realised what I had gotten myself into. You see, curiosity is good, if you are a geek. But, as it turned out, I had probably bitten more than I could chew.

The scholarship I got was supposed to support me through 3 years of uninterrupted flow simulations of whatever the hell happens in a supersonic combustor.

Minus combustion. The irony of it wasn’t lost on me, but the in-house flow solver, based on a finite volume implicit LES method, didn’t have combustion implemented. And I wasn’t going to do it myself!
What was left you ask? Shockwave-turbulent boundary layer interaction. With the unsteadiness of the reflected shockwave resulting from it and generating turbulent inflow without going through the pains of transition, was enough to keep me busy for a while – my professor had said.

“Sure, if you say so,” I thought, not knowing where to begin. That was it. That was the day in hell I was talking about.

Like any respectably scientist, I started by crying in the bathroom, wanting the proverbial mommy, and listening to whatever was going on in the boy’s restroom – there was a common ceiling, you see.

Somehow, that made me cringe and gave me courage at the same time.
I got out of the bathroom reborn. Simulated a laminar boundary layer. Forced it separate making it interact with a shockwave. Compared results with Katzer. It fit! My heart started to grow.

“Hey, maybe I can actually do this” I began to think.

But then … ho-ho-ho and a bottle of rum, no wait! That’s another story.

Then my mentor, the geek whose flow solver I was using and abusing, tried to make me understand what is a temporal turbulent boundary layer and why it’s necessary to simulate it before I move to a spatially developing one. Well, to get the right Reynolds stresses profiles for a specific Reynolds number, of course, so I can use them for another simulation.

Wrapping my head around the idea of a box – my domain, moving with the flow and plotting the friction coefficient against time, rather than space, was just the beginning.

I dealt with acoustic waves being reflected on the side opposite to the wall – weird boundary condition. Then there was the domain’s resolution issue, which I was checking by looking at how well the Reynolds stresses were resolved. Anyhoo. Let’s just say, this period of time was massively punctuated with therapeutical bathroom moments.

I chose Pirozzoli’s DNS as reference. I adapted the rescaling/recycling inflow generating technique for compressible flows and it worked like a charm. In your face Digital Filter! There is no such thing as perfect randomness. My mommy said so!
My simulations grew. So did my ego.
As before, I disturbed the boundary layer with a shockwave, hoping to make the reflected wave oscillate like literature said it would. It didn’t. The imposed pressure jump wasn’t large enough. At least this is what I traced it back to after analysing the hell out of those pressure spectra. There was simply no spike in the Fourier transform to make one specific low frequency stand out. I thought to myself

“If I were to sit on the bottom of the ocean, would I be able to tell how high the waves are?”

The answer is no.

You see, the pressure probes I had planted in the simulation were too close to the wall and so the pressure jump coming from the shockwave didn’t penetrate deep enough into the boundary layer to leave a mark. It was a huge disappointment.

When did I dance, you ask?

Well, today. I’ve been waiting to write the story of my PhD for a long time. It wasn’t a successful scientific paper in the sense that there was no happy ending – I am no doctor today, though the thesis exists. The success came after – when I realised I was meant to write about geeky stuff for a living.

The HU – The legends are true.

The Death Of Friendship