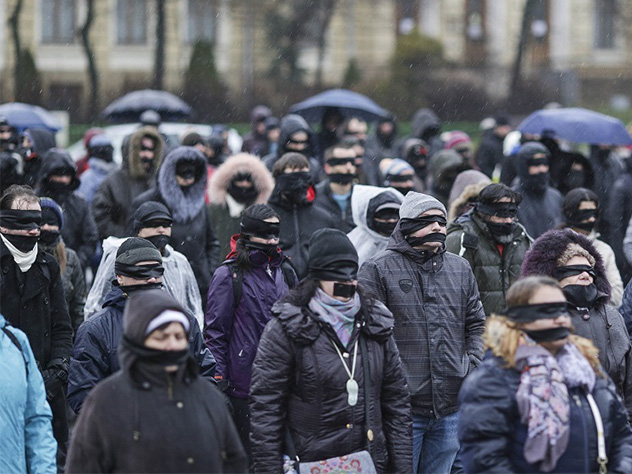 The Gift Of A Dead King To A Tired Nation

On the 5th of December King Michael I of Romania died at 96. This threw the country into a mourning frenzy. Social media filled with inspirational posts with the King, people who didn’t even know who he had been, what he had done were suddenly regretting his passing.

I was one of those people who didn’t know much about the King.

When I saw my Facebook wall filling with tears and regret I thought I was a robot, an uneducated one. So I did my research. Now I know that King Michael was a sovereign who played his cards courageously, got out of a toxic alliance with Hitler, tried and failed to negotiate with communists, was forced out of the country into exile, where he lived his entire life waiting for the chance to get back. Kind of like what you would expect from a real leader, right? Remember that!

However, King Michael was not allowed into free Romania, after 1989, when communism had fallen, supposedly. I will tell you a secret –that happened because, as it turns out, most of the “revolutionaries” in 1989, were, in fact, former members of the Communist Party. I am now especially referring to the former president, Ion Iliescu. And get this — some of them, or their pupils, former prime minister Adrian Nastase, for example, are still in positions of power today.

A leader of the old

Till his death, King Michael lived in exile. However, he did have some appearances and speeches that inspired some. I distinctly remember my history teacher from school who was a declared royalist. Back then I had no idea what that was, but the way she spoke of the King touched me. I concluded that royalists were a rare breed of idealists, educated kind, who formed a silent, yet elegant opposition to the political times. Given the chance, they would turn into knights.

Fast forward into the present

But given the political rollercoaster, Romania has been on after 1989, royalists were not really on anybody’s mind. Well, except for the few who actually stopped the King from coming back, of course. So we majestically ignored the King and his house. In the recent years even more so, since Romania is battling corruption and its consequences.

End of January 2017 massive protests burst out because the Grindeanu Government passed laws dedicated to certain political figures. Hundreds of thousands of people took over the streets for weeks to come, defying cold and snow to show their revolt. It was a beautiful civic lesson not just for Romania, but for entire Europe.

As a result of massive spontaneous protests, the prime minister was changed, new emergency laws were passed overwriting the old ones, a short-term peace was achieved.
However, the idea of a legal frame that would absolve some political figures of corruption accusations was still there.
The street knew this. Since the demonstrations in January, a constant nucleus of people continued to protest in front of the Government building, showing their dissatisfaction.
Facebook groups formed during the protests in January continued to exist and closely watch the political changes in the country.
Former technocrat prime-minister, Dacian Ciolos, together with other people involved in his cabinet, set the base of Platforma Romania 100, that really resembles a governmental program.

At the moment Romania is faced with a new set of laws made to weaken the justice system. The process is long. The public is tired. Isolated protests indicate the vigilance of the Romanian people, but nobody seems to be able to see the light at the end of the tunnel. This is a war of nerves.

In these circumstances, the King dies.

You’ve already forgotten about him, haven’t you? So had we, the Romanian people. 40 years of communism and 27 more of trying to shake that off can really numb any royalist bones we might have had.
A King dies and a whole country mourns him. Sure, this would make sense in England or any other monarchy. But in Romania? Aren’t we a bit hypocritical in mourning a person we didn’t even care for so long? Friends of mine, people with same education and background, I had never, in my life, heard talking about the monarchy, or even the King’s droopy ears for that matter, were suddenly inspired, referring to him as to some sort of holy presence. I even heard rumors about canonizing him …

I cannot believe in this sudden awakening of my fellow Romanians. No. People don’t change. What I do believe in is this.

King Michael dies in the mid of national political chaos, in a time when there are no role models, no inspirational or aspirational figures. The few that do exist are too faint and still lack a proper structure or resonance. It is, therefore, no surprise that a lot of otherwise non-royalists have found time to regret a leader they never truly supported, they were mostly indifferent to. It is a bit hypocritical but understandable.

I see the death of King Michael as a timeout from the madding crowd. Clearly, Romania has a long way to go in its fight for true democracy. And right now the battle is fought for an independent justice system. What started as a tumultuous autumn, will turn into a hard winter. There will be protests, revolts, media will go crazy.
I am not a royalist and I think that, back in the day, King Michael simply did his job as a leader of this country. That is not a reason to be grateful. However, I am grateful for the reminder his death gave Romanians. His death gave a tired nation the chance to catch a breath. It’s much easier to fight and resist when you know how morality and strength look like.

Photo credit: Octav Ganea
The photo shows a flash mob taking place in Bucharest, in front of the Government building, where hundreds of people protested by having their eyes and mouth tied up – symbolizing a butchered justice system, stripped of all sense. 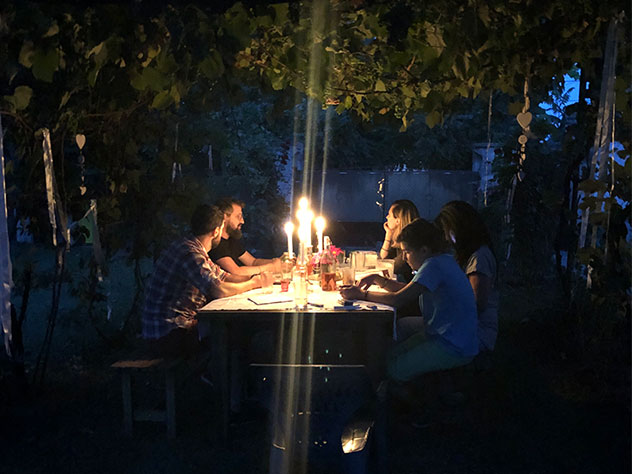 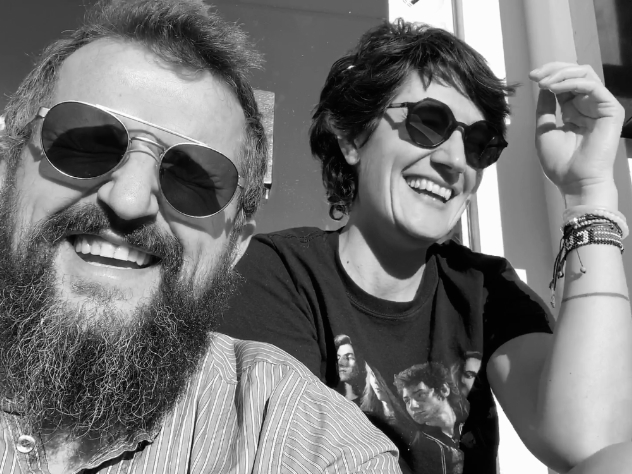