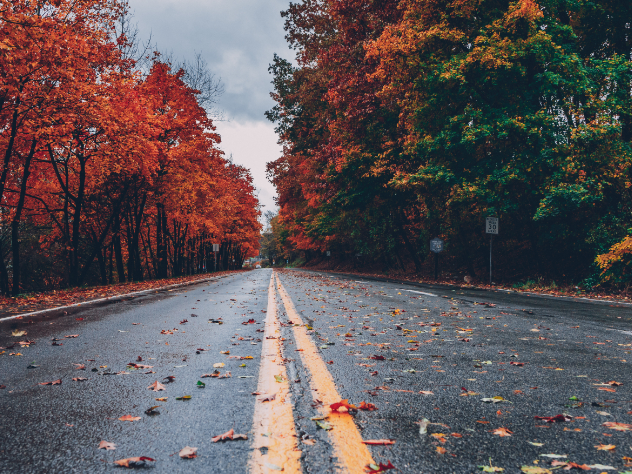 What I Am Running From These Days

Alin was gone and I had an entire week all for myself. What did I do? I ran away from the world. I ran hard. Sure, running is never an option but listen to my reasons before you judge.

The autumn of our discontent.

You know, everyone gets the blues in autumn. Something about another layer of clothes, shorter days and a general feeling that it’s all about time to fall asleep and wake up in spring. But this autumn seems a bit more bluesy than others and that feeling of running away and moving to an island far far away is stronger than ever.

So what seems to be the problem?

I don’t know if this shows I am simply getting older, but noise. I am running from noise. It’s everywhere. Online, offline, from the neighbor below and between my ears. It’s Trump, it’s Brexit, it’s Romanian politics, it’s Halloween, it’s plans for next year, it’s bureaucracy and Billie Eilish.

Not that politics wouldn’t be something to be running from, but these days particularly seem like a good time to do so. How do they do it? How do they lie to their teeth and expect us to vote, make decisions, believe them? Ok, Trump doesn’t concern me very much since I am living on the other side of the Atlantic, but he is everywhere. And the more people engage with him, the more he will be everywhere.

And I get that Brexit will affect my life but until it does, it doesn’t, you know? And again, it’s everywhere. And everybody has an opinion on how things should be done, prepared for. And for what? Nobody seems to agree on anything anyway.

On the 11th November if I am not mistaken, there will be presidential elections in Romania. The campaigns for the main candidates are a joke. They can’t even be called that but just smears. Stuff that appears online is just rubbish. It’s just attacks and replies. No definite program. No identifying problems and finding solutions.
Last elections I queued for almost 24 hours altogether. This time around I am definitely not so motivated anymore.

For all the above reasons, politics keeps me running.

Carla has been talking about Halloween for more than two months. I shit you not. And we found a costume, we decided on makeup. It really is a cool outfit. Gives me the chills. But that is not the scary part. What frightens me is the amount of plastic that pour into this holiday as well. And sugar. Plastic and sugar — a deadly combination.

Whenever I go with her anywhere in kids’ toy stores it just amazes me how much of the industry relies on plastic for anything. And this is a particularly tricky one because if you can say ‘no’ to an adult and motivate why buying this product is not ok, it’s a bit more complicated with a kid. Carla is a very understanding kid. She doesn’t throw tantrums. Hell, I think she is wiser than me. But I can’t shake the look on her face when I say ‘let’s not get this because of the plastic, let’s get the other one, less plastic’. It’s just crushing because she sees that other parents get that particular one with a lot of plastic and I am sure, as much as she wants to understand me, there is a little part of her I am disappointing.

And Halloween is just another excuse to misuse plastic, to explain this to her and to get that face. So I keep running from it too

In addition to the above, I am ditching next year because there is so much I want to do that I can’t decide in which order, bureaucracy because it takes too long, Billie Eilish because I don’t get it and even the recently discovered RuPaul’s Drag Race S10 because it’s not as fun as S11. And I am also ditching this post just because I can.

A Trip To The Dark Side Of Love