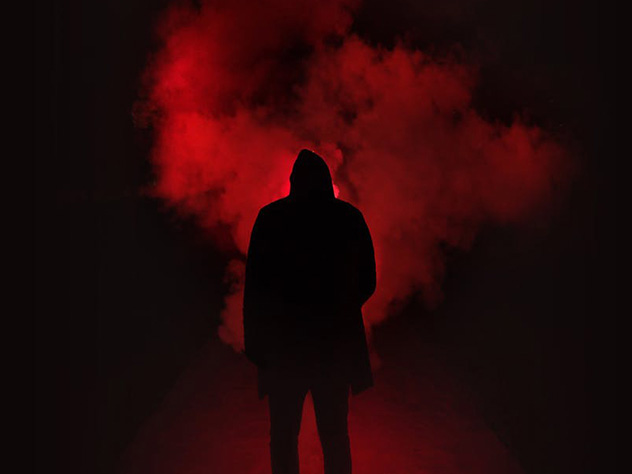 EN, I made this

I am almost awake, fighting some invisible forces. I am speaking in tongues and shouting, clenching my teeth. I will soon wake up, 10 years younger. My mom is home with me. Her voice is sharp, I can hear it through my eyes closed; but most of all, I can hear the desperation of my brother, weeping, scared of the noises I made in my sleep: not human, possessed.

A short while later, my eyes open. I am in my underwear, very sweaty. The room unfolds around me, huge and vain, another piece of and endless apartment. I start to walk through, my legs are unsure like I had barely learned how to walk. My reflection in a metal vase reveals a well-formed abdomen. For a split second, I think I should be a man.

Room after room, all is empty. I know that someone has to be home, my mom and my grandmother. I know it! Eucaris, the new evil servant, the one who doesn’t like me and seem not to like anybody besides my grandmother, informs me that they have all gone to church and should be back soon. For some reason, he squints, while the corners of his mouth go up. I have long given up asking myself what he is up to. Maybe nothing, maybe everything, but one thing is sure – as long as I don’t engage, he won’t be able to attack without looking stupid.

Suddenly, Nivro, awake from his suspended state, comes in the room. He is small and feeble, also in his underwear.

“Sister, I was so afraid! I really thought we lost your soul.”

To my exhausted eyes, he answers by grabbing my hand and dragging me through an open door, into his room. It’s the same as mine, white walls, brown carpet, red bed sheets. The silence between us is heavy as the drapes covering the windows. A while later new people come in. My mom, who is now young and unexpressed, silent and dull; next to her is a small red dog and another woman. Her face is made of four pieces of the puzzle, she has one large blue eye drawn by hand in the middle of her face, I see her blinking in frames and hear her neutral robotic voice; a small elegant hat covers her red hair; she seems very happy and is the only one laughing. She definitely is the mistress of this piece of time.
I am restless. Everybody stares into space.

Their eyes shift toward me. They all look shocked, even my brother, and want to know who I think I am. Apparently, the way I talk, how agitated I am, it’s all very weird. They suggest I am to be called Luna. Even the red dog seems to agree with all this nonsense, although he sits quietly with us at the table. I desperately glance at Nivro, but he looks so powerless, facing a bigger struggle. I can read in his eyes:

“Norida, if they tell you your name is Luna, then you are Luna. Stop fussing about it!”
“But remember me, Nivro, remember me!”

It all seemed hopeless. I could almost feel some invisible force attracting everybody toward itself, against their will. The only thing left for them to do is to subdue. And for me to accept that I am not Norida, my name is now Luna. I glance at the people sitting around a table, in the only bright spot of the room.

“What do you actually want to tell me? That I am Luna? Luna? Really?”

My questions go on and on, staring at that puzzle face. Silence and resignation.

“Do you want to tell me that I AM LUNA?”

I am angry and want to snap everybody out of their surrendering somnolence. For the first time, the puzzle lady looks in my direction. I am trying to capture her blue mono-look.

“If I went to bed as Norida, but I woke up as Luna, do you realise how much I have to catch up? Do you?”

I am, of course, talking about a wormhole that can accommodate body transcending for the Archeus. This passing through proves some old Buddhist theories, but they don’t solve the complicated situations you find yourself after doing so. For example, being in this place, with this absolute leader, whose negative and very much invisible presence, that I could only feel, not touch, nor see or smell, put me in a very strange situation. I have to learn how to survive in this world very quickly, because, compared to the one I come from, where Norida comes from, it is simply crushing. Even the air seems hard to breathe in here. Nobody ever seems to have thought about these inconveniences you come to experience when proving a theory. Everybody is always eager to prove the theory, without asking themselves “Now what?”. Is this the way they’ll do it when they will discover we are not alone in the Universe and that, in fact, there are more than just one Universe?

The puzzle-lady, with her ever-changing colors, speaks up:

“Don’t be scared, dear, I will teach you everything there is to know until He will be back. This is how it works.”